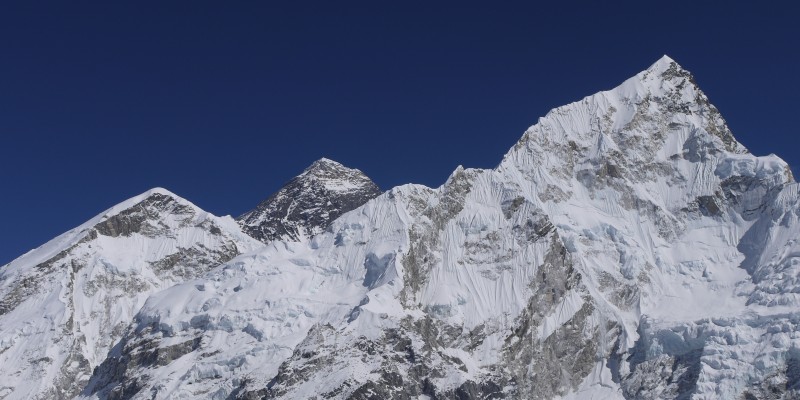 Moreover, you don’t need to be sad even if you won’t get to see the view. Thus, you will be able to make the amazing time-lapse shots of the moving cloud. Well, this is even more exciting than the view of some normal mountains.

Muddy trails and the rain

As it is the monsoon season, there is no doubt that we will encounter heavy rainfall. Due to the rain, the trails get destroyed. People often say that you will have to pass the muddy trail if you trek to Everest Base Camp during monsoon. Well, the route to Everest Base Camp gets very slippery, and you will also witness some unstable rocks which sink to the Earth occasionally. However, you will be fine if you wear a good pair of shoes and follow a little more caution. If you fear the leeches, you should be very alert and careful.

Monsoon season is often considered to be the off-season for the trekkers. During this season, many lodges and hotels suspend their operations. However, some lodges remain open, but you will have limited options for your lodging. Further, as most of the trekkers don’t prefer this season, you don’t have to make prior reservations at the lodges that you are willing to stay.

Talking about the food, you will observe limitations in the food items available at the menu as there is a shortage of ingredients. However, you will still get to taste the authentic Dhal Bhat. As many items, excluding potato and wheat, are brought from the lower altitude, people find it difficult to serve many food items. Moving on to the shops, you will not observe many shops in the heart of Khumbu, Namche Bazaar. The cafes and the shops also remain closed. However, some shops are still open, and you can purchase the goods that you want.

Due to the fluctuation in the climatic condition, you ought to get ready for the delays and cancellations of your flight. As it is monsoon, the visibility becomes very low as the surrounding is covered with clouds. In addition to this, Lukla  is well-known to have the ‘world’s most dangerous airport.’ So, the risk becomes higher if the visibility is poor. Well, you should also make some preparations to bring some changes to your schedule of the trek due to the weather.

If you are a person who loves solitude, you must pick monsoon season to begin your trek. As most of the trekkers don’t prefer this season, you can enjoy the majestic view in silence. On the route, you will not have to come across fellow trekkers. You will get to enjoy the view in the quiet monsoon. Thus, you will just get lost in nature and its beauty. In addition to this, you might come across the same faces every time and everywhere because many lodges will be closed at this time. You might end up sharing the same place with your fellow trekkers everywhere.

However, if you are the kind of person who loves the company, you might not like trekking in this season. This is not considered to be the peak season, and trekkers don’t prefer this. You might get the feeling of loneliness too. However, even if you are in solitude during the trek, you won’t feel the same once it starts to get dark. Once you come to your lodge to spend the night after a difficult trek, you will have great companies in the dining halls and indoors.

FAQs for Everest Base Camp Trek