The beautiful region of Nepal located in the Bagmati province in the north-central Himalayas of Nepal, Langtang is just 51 kilometers north from the capital city of Nepal, Kathmandu. This region is famous for trekking due to the Langtang National Park. It shares a border with the Tibet of China. In recent days, Langtang has become a significant tourist destination. The valley has jungle-covered valleys at the lower elevations and barren alpine valleys at the higher altitude.  Although the valley was affected by landslide and earthquake in the year 2015, now the valley is open for trekking purposes again.

The Langtang Valley Trek is a popular trekking trail of Nepal. This beautiful valley is one of the most visited and exciting trekking routes of Nepal. The view of the impressive landscapes and the beautiful mountains in just around 51 kilometers from the heart of the country, Kathmandu, has made it a popular trekking route. As the trekking trail is located around the Langtang National Park, you will gain to view at around 1000 species of plants along with more than 150 species of mammals and birds. If you have a deep love for flora and fauna along with a great passion for the trek, this trekking trail is what you should choose.

Although the trekking trail of the Langtang valley was badly affected by the earthquake, it is now in a better condition. Due to the earthquake, the villages in the Langtang region were affected and were damaged severely. So, this region was not open for trekking for some time. However, after much efforts for reconstruction and renovation, the region is now open and is safe for trekkers willing to trek.

The best time to trek to the Langtang Valley is during the monsoon. From September to the month of May, it offers a pleasant climate and also the view of the natural surroundings of Nepal. The lush green forests, the splendid flowing rivers, and the glacial cliffs formed by the snow-capped mountains offer a beautiful view to the tourists and trekkers trying to explore the region. Hence, trekking is popular during these months. However, the trek during the month of January and February is also popular. As these months are relatively colder in Nepal, the trekkers might have to face extreme cold climate and snow. Also, trekkers can choose autumn as the best time to trek to the Langtang Valley. During the time of autumn, the sky is crystal clear, and the green forests look golden. Although the temperature decreases during the night time, the weather during the day is good.

Langtang National Park, the second-largest national park in Nepal, is the home for exotic animals and birds found in Nepal. With plenty of flora and fauna found in the park, this national park has attracted many tourists and trekkers. The wild animals found in the region include; musk deer, snow leopards, Himalayan Thar, langur, red panda, Assamese monkey. Leopard cat, snow leopard, and Tibetan sheep. Some of the popular birds found in this region are; Himalayan Monal, snow partridge, and white-winged redstart. This region consists of alpine vegetation in the higher altitude with subtropical vegetations in the lower altitudes.

This region offers splendid views of popular mountains and glaciers like Jugal Himal, Ganesh Himal, Langtang Lirung, Dorje Lakpa, and Ganja La Pass. The Langtang valley is also called the valley of glaciers due to this.

Talking about the people residing in the region, this region is the home to the typical Sherpas and Tamangs of Nepal. The trekking trail of this region consists of Sherpa and Tamang villages. The people of this region offer great hospitality to the domestic as well as international tourists.

Trekking to this region requires you for around eight days. But, if time and money are not an issue, you can visit the region on lesser days too. You can take a helicopter rise from Kyanjin. The helicopter ride can offer you unforgettable mountain views also.

Hence, you can try trekking to Langtang Valley when the time is feasible for you. We will serve you with an experienced and licensed guide giving you an itinerary of your choice and managing the flexibility of the trek according to your choice.

We have prepared the trip departure dates in small groups departure for group fun and enjoyment trekking. Our group size start from 2 peoples (Even for solo travelers, we organize single trip on supplement cost of US$- 200 additional) and maximum group size will be 8-10 travelers. But in general, our every date will have small groups of 4- 6 peoples, which is good group size for safe and flexible & comfortable trekking. We have listed our group departure dates based on every season as below. 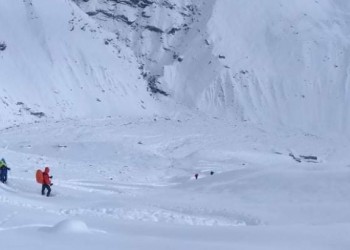